Sand vs Glass Pool Filter Media, Which is Better?

The common sand filter for pool filtration has been used  for years and is a staple in the pool industry. The filters themselves don't change much, expect for things like ClearPro Technology, but the media inside does.

For years the standard media that goes in a sand filter is . . . you guessed it SAND. Over the years there have been changes, fads, improvements; however the one that seems to have stuck is recycled glass media.

Sand will filter to roughly 30 microns.
Some glass media manufacturers state that the glass will filter down to 5 - 10 microns which is less than a cartridge filter. We aren't sure about those claims, however it does filter better than sand as the sand is negatively charged and allow smaller particles to cling better than the sand.

A swimming pool services company will sell sand for roughly $10 and glass media for $25 - $40; both per 50lb bags.
Glass media since it is finer will only require roughly 50% of the filter capacity to be filled. Sand media needs to be changed out every 4-6 years depending on the water and debris load that is going through the filter.
Glass media claims to last forever, which I doubt, however we have seen glass media system that are over 10 years old and still performing.

Glass Media is far superior . . . as a result might take the edge in price if you plan to stay in your house a while.

Sand will require longer backwashing to clean the dirt out of the system as there is more volume of media to go through.
Glass media will backwash quicker as the material is lighter and less dense, so it floats better, resulting in faster cleaning. Faster cleaning also means less water usage.

Glass Media is the better option for ease of backwashing.

Sand vs. Glass Pool Filter Media, Which is Better?

Glass seems to be the winner in all basic categories except in price, which makes sense. Better product = more money.

If you plan on staying with the house and pool for more than 6 years, glass media might the choice as you will not have to pay to replace it again. Sand media will need replacing and if you use a swimming pool services company, you will also have to pay for labor. 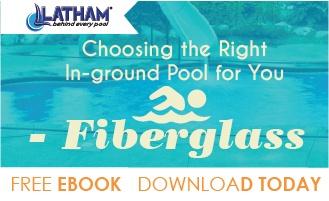